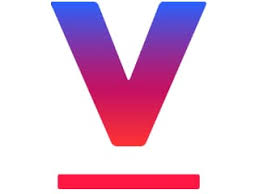 As tech companies move into health care, here’s what to watch in 2019 (The Verge)

From Amazon and Apple opening clinics to Uber launching a medical transit program, technology giants spent 2018 moving into the health care space. Many of these initiatives are still in very early stages, but they’ll continue to grow in 2019, and some of them may have an impact on Americans’ health care experiences as soon as this year.

The moves make sense from a financial standpoint: in any country, the health care market is one of the biggest industries there is, bringing in more than $2.8 trillion annually in the US alone. As experts point out over and over, the American health care industry is also extremely inefficient, which means there’s a lot of potential money to be made. Finally, the industry is enormous and has many sectors, giving the big companies plenty of space to maneuver without directly competing with each other… yet.

Here’s what we’ll be watching out for at the intersection of technology companies and health care in 2019.

Jeff Bezos’ company began 2018 with the announcement that it would work with Berkshire Hathaway and JPMorgan Chase to form an independent health care company for their employees. Since then, it purchased online pharmacy startup PillPack and announced plans to sell software that will read medical records.

The health care company won’t affect consumers at large, but the PillPack acquisition and the medical records software could have big implications. How will Amazon integrate PillPack into its existing suite of services? (Will we order antidepressants using Amazon Prime?) What will that success or failure mean for the brick-and-mortar pharmacies or other pharmacy startups like Capsule?IN 2019, WE’LL FIND OUT

Electronic health records are a famously fraught area of the medical system, and the tangled evolution of e-health technology has, for many patients, led to a fragmented paper trail filled with gaps. Amazon is certainly not the first company to venture into this area, so how successful will it be, and what will that mean for patients and their quality of care?

In 2018, updated its Apple Health app so that it could display medical records from 39 hospitals. It received FDA clearance (which is not the same as FDA approval) for a new Apple Watch feature called the electrocardiogram (EKG), which is a more advanced method of heart monitoring. The FDA clearance marks the surest sign yet that Apple is increasingly moving away from simply being a fitness company into being a health company.

Like Amazon, it opened an on-site clinic for its employees, and it’s also getting into the medical records space. In November, the company announced that it was in talks with the US Department of Veterans Affairs to provide veterans access to electronic medical records on the iPhone.

One big question for 2019 is how the EKG feature on the Apple Watch will shake out. Already, there has been concern from experts that the feature will do more harm than goodby giving perfectly healthy people false positives, which could send them into the clinic and take time away from those who are more likely to be sick. With Apple selling roughly 8 million watches a quarter, that could be a big strain on the system.

Additionally, Apple has a long history of partnering with various medical and academic institutions, so we’ll be keeping an eye on other institutions that the company partners with, and whether they’ll be requesting any more FDA approvals. Finally, the long-running Apple Health Study, done in partnership with Stanford University, wraps up at the end of January, so Apple may be sharing interesting results throughout the year.

The ride-sharing company’s big grab is for the medical transit market. In March, the company launched Uber Health, which lets health providers book rides for patients or caregivers. This isn’t meant to replace ambulances, although some experts say that a ride-share or cab might actually be better than an ambulance, which can cost thousands of dollars and often isn’t covered by insurance.

Rather, Uber Health is interested in the $3 billion unwieldy-sounding “non-medical-emergency transportation market.” Uber Health will cater to people who can’t drive (often because they’re old or poor or sick) and need to get to the hospital but frequently miss appointments because the bus system is unreliable.

As Uber Health gets underway, we’ll be paying attention to how it fares. We’re interested in who’s using it, how many people are using it, and the risks and downsides. For example, Uber hasn’t had a great record when it comes to wheelchair accessibility, which could be a problem when serving a population more likely to rely on a wheelchair for mobility.

Alphabet is the parent company of both Google and Verily Life Sciences (formerly a division of Google). It’s also a bit of an outlier here. Instead of focusing on health care like the other three companies, its focus is on health research. But it’s a giant in the tech ecosystem, and some of its planned initiatives could impact people’s lives outside of a traditional health care setting.

In November, Google hired a new CEO, David Feinberg, just to address its fragmented health initiatives. These ventures include Google Brain project that uses AI-powered speech recognition to help physicians take notes during a hospital visit and connected home company Nest, which acquired a health-monitoring startup and is interested in using its technology in nursing homes. As the population ages, tech for the elderly will be an increasing trend, so it’s not surprising that Google has its eyes on this market, too. It’s worth tracking how all of these initiatives will do under Feinberg.

Meanwhile, Verily has continued research collaborations, such as working with the pharmaceutical company Gilead to study immunological disorders and developing algorithms that can predict heart disease by looking at a patient’s eyes. It continued making business deals, too, such as partnering with sleep company ResMed to tackle sleep apnea, and it’s likely to continue its program to eradicate mosquitoes in Fresno, California, using specially bred infertile bugs. However, the company put a hold on its much-hyped project to develop a “smart contact” that can detect sugar in tears. Most recently, Verily announced that it will partner with Walgreens to use technology to address medical non-compliance, or the problem of patients not taking their pills as directed.

We’ll be keeping an eye on these high-profile partnerships. What will come of the sleep apnea company? Medical non-compliance is an enormous problem, and other high-tech solutions haven’t helped much, so will Verily and Walgreens succeed where others have failed? Will Fresno be freed (partially) of biting bugs? In 2019, we’ll find out.