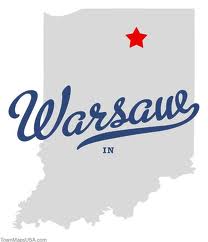 Among the world’s top seven orthopedic companies, three of them are in Warsaw.

How did the small city in Kosciusko County become the self-proclaimed orthopedics capital of the world?

The only person who could have answered that with 100 percent certainty was the late Revra DePuy, an Italian chemist who settled in Warsaw, where he founded DePuy Manufacturing in 1895.

While the developmental stages of the company are well-documented – that DePuy had created a formula for sugar-coating pills, then experimented with fiber to customize the healing of broken bones, which eventually led to his company becoming one of the world leaders in manufacturing orthopedic replacement devices and research – the exact reason why he settled in Warsaw is conjecture.

“History would have it that Revra DePuy came to Warsaw, liked the area, met his bride here and stayed,” says Mindy Tinsley, director of worldwide communications with DePuy Orthopaedics Inc.

After 20 years of working with the DePuy company, John Zimmer branched out to begin his own business in 1926. Fifty-one years later, in 1977, four men with orthopedic backgrounds formed another company called Biomet.

“It wasn’t exactly an accident of history, but it was an evolution over time, as one company spun off from another,” says Brad Bishop, executive director of OrthoWorx, formed in 2009 and funded by a grant from the Eli Lilly company.

“Our mission is to collaborate with the industry and the community to make sure Warsaw continues to be the orthopedics capital of the world,” Bishop says. The way he and his company do that is through marketing and information updates, which keeps the names of the three major companies in the industry’s forefront.

According to Orthopedic Design and Technology magazine, Zimmer, Biomet and DePuy are three of the world’s top seven orthopedic companies in terms of sales, and all remain headquartered in Warsaw. Because of their combined $12.5 billion in annual revenue, the three businesses represent more than 50 percent of the United States orthopedics market, and more than 33 percent of the worldwide market.

Bishop says DePuy, Zimmer and Biomet combine to employ 6,800. Add 6,200 more employees who work for companies that support the “Big Three” and the total number of Kosciusko County employees dependent upon the orthopedics industry totals 13,000.

“Or about 40 percent of the county’s population,” Bishop says.

“I don’t feel like we’re in direct competition with any one location, but there’s hardly a state or city anywhere that doesn’t have a goal of expansion of its life sciences industry, and orthopedic medical devices is part of that,” Bishop says. “It’s great competition for expansion and new facilities, and we want to make sure conditions are right for Warsaw to get its fair share.”