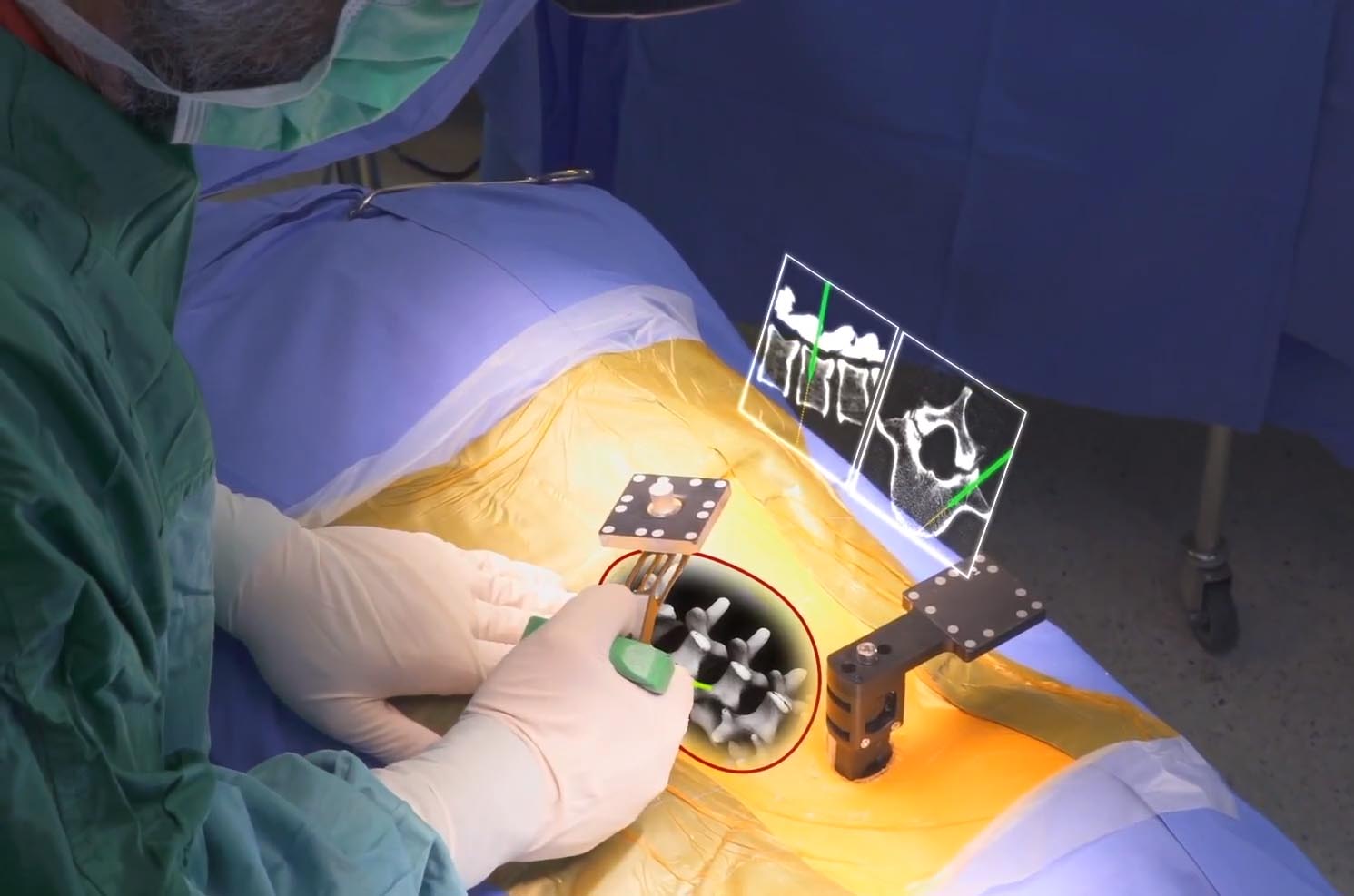 Tech billionaire Peter Thiel famously said, “We wanted flying cars, instead we got 140 characters.” The comment obviously refers to how technological promises often fall short of expectations. While there are plenty of companies building flying cars (or, as we call them, helicopters), his point is a valid one. Take the example of the behemoth startup Magic Leap, which teased us for years with awesome-looking videos of whales doing Seaworld tricks in your living room. Instead, we got some vague-looking steampunk glasses that you can use to play Angry Birds in your living room. That doesn’t mean augmented reality (AR) is a failed technology. Far from it. AR is being used today in real-world applications, perhaps none more exciting than surgery.

We first started documenting this trend of augmented reality in healthcare settings a couple of years ago with companies like Augmedix, a startup out of San Francisco that has now raised $63 million for its AR platform that pairs up with Google Glass. Augmedix provides physicians a hands-free way of pulling up patient data and recording medical notes without the need of a computer. The company claims its AR platform helps save doctors about two hours a day, time they can spend on more worthy malpractice pursuits. Since then, we’ve done some deep dives into how virtual reality is also being used in healthcare. We decided it was time to revisit the topic with AR and look at how startups are applying the technology for surgery.

Founded in 2007, TrueVision out of Santa Barbara, California, has taken in about $20 million (most of it through debt financing). The startup has developed various platforms for what it calls digital surgery, as opposed to optical surgery that employs traditional microscopes. It creates a type of “surgical cockpit” that allows a surgeon to experience the operation in 3D, with AR-powered overlays that might include templates to align surgical instruments or for pre-operative planning.

The system can be used in microsurgery, ophthalmology or neurology. Various apps are available, and some platforms can be integrated with robotic surgery.

Founded in 2012, Silicon Valley’s EchoPixel has raised a total of $14.3 million, including an $8.5 million Series A last year led by chipmaker Intel. The company’s interactive 3D platform is called True 3D. It enables users to turn 2D images and scans into 3D “objects” that can be manipulated using a stylus, allowing doctors to see things like brains and tumors before they perform surgery.

The EchoPixel platform is a bit of mixed reality, meaning augmented reality that users can interact with. Credit: EchoPixel

The technology reminds us just how slippery terms like virtual reality and augmented reality are becoming, as EchoPixel refers to True 3D as virtual reality, even though it is not experienced in a separate world but in front of a computer screen using special 3D glasses. In one sense, it’s almost like a hologram, but probably better classified as mixed reality, a type of AR where one interacts with the digital landscape created in the real world.

Founded in 2014, Augmedics is an Israeli startup that has raised about $10 million to develop an AR head-mounted display for spine surgery called xvision, because it gives surgeons x-ray vision (sort of) during a procedure. According to Augmedics, the device determines the position of surgical tools in real-time and superimposes them on a patient’s CT data. The navigation data is then projected onto the surgeon’s retina using the headset, allowing him or her to simultaneously look at their patient and see the navigation data without looking to a heads-up display elsewhere. It’s a bit like that board game Operation:

Augmedics’ AR platform turns surgery into a game of Operation. But with less noise. Credit: Augmedics

The system is currently being tested on cadavers. A recent study found spinal screw placement was nearly 97 percent accurate using xvision, which features hardware from AI chipmaker Nvidia. We were never that steady playing Operation, though hopefully, your spine surgeon doesn’t treat it like a college drinking game.

It seems almost criminal that a company can raise $2.3 billion for a half-baked technology in search of an application, while there are very obvious uses for augmented reality in surgery and other sectors of healthcare, such as helping blind people see. Consider that there are more than one million spinal surgeries performed in the United States alone, and you begin to realize the impact of using AR in surgery could have in improving outcomes and possibly reducing costs if procedures become safer. Certainly, startups like TrueVision or Augmedics could be an interesting acquisition or investment for a major medical equipment company like Medtronic (MDT), which already works with at least one robotic surgery company (and pays a good dividend to boot).