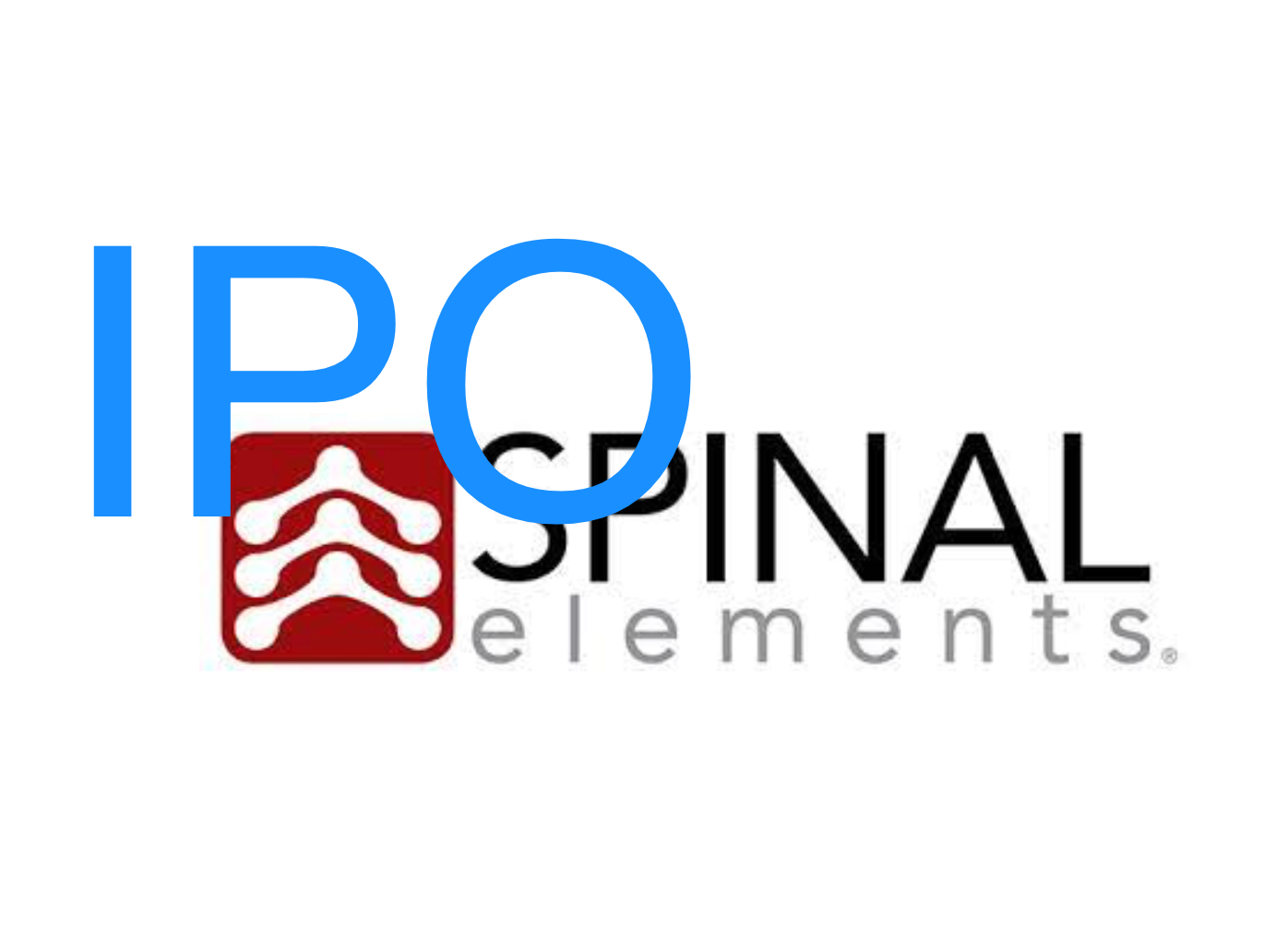 Spinal Elements, maker of a wide range of implants and products for minimally invasive spine procedures, has filed to go public with a $100 million Nasdaq IPO.

The proceeds will primarily be used to refinance and pay down its debts, according to the company’s prospectus filed with the Securities and Exchange Commission, followed by investments in growing its business. The exact pricing terms of the offering have not been disclosed and it plans to list on the stock exchange under the ticker “SPEL.”

As of June 30, the company said it owed about $138.9 million in a combined principal amount of outstanding debts. Total revenue for 2018 and 2019 topped $90.8 million and $95.9 million, respectively, for a growth rate of about 5.7%. But over the first six months of 2020, the company brought in $42.7 million, a decrease of about 7.3% compared to the same period the year before, largely due to delays in elective surgical procedures caused by the COVID-19 pandemic.

Spinal Elements says its product portfolio covers about 95% of all spine surgeries performed worldwide, as of 2018, including treatments for spine disorders, degenerative bone conditions, deformities and traumatic injuries.

Some of the company’s key minimally invasive products include the Karma metal-free fixation system implant; the Katana retractor and lateral access system; and its PEEK polymer-based Lucent XP expandable interbody implant, which is covered with a proprietary, porous titanium coating to help promote bone healing.

Spinal Elements is also currently working its TeleGraft bone graft delivery system through early-stage usability testing, with plans for the commercial launch of a newer version later this year. Currently, its sales teams work with more than 200 independent device distributors, as well as over 400 surgeons in more than 500 hospitals and surgery centers in the U.S.

In June, the company launched its MIS Ultra platform of instruments and implants, which it says are designed to reduce the procedures’ impacts on patients’ skeletal and muscle tissue—while also requiring less imaging during a surgery and reducing radiation emissions. The platform includes the Katana lateral access system and is slated to include additional products launched through 2021.