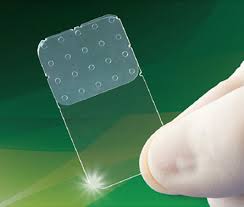 Smith & Nephew, which struggled with weak revenue growth last year amid declining sales in its arthroscopy and advanced wound bioactives units, is moving on its strategy of striking deals to gain access to markets adjacent to its current business lines.

In January, the London-based medical device company completed the acquisition of Ceterix Orthopaedics, which sells a system to repair complex meniscal tears. Rumors swirled last month that Smith & Nephew was in talks with spinal surgery device company NuVasive about a possible deal worth more than $3 billion.

Smith & Nephew said the acquisition of Osiris will immediately accelerate its wound management business and pave the way for innovations in additional indications and channels. Smith & Nephew’s advanced wound devices unit, a relatively small part of its overall business, saw 11% sales growth in the fourth quarter.

The U.S. skin substitutes market is currently worth $900 million a year and is growing at an annual rate of 7%, Smith & Nephew said. It expects the Grafix and Stravix products, which accounted for more than 70% of Osiris’ revenue in the first nine months of 2018, to continue to generate double-digit growth in the medium term.

The Grafix skin substitute is a cryopreserved placental membrane intended for application directly to acute and chronic wounds, including those with exposed bone and tendon. In October 2018, Osiris launched Grafix PL PRIME, which can be stored at room temperature. Stravix is a cryopreserved placental tissue designed for use as a cover or wrap to support soft tissue repair in a range of surgical applications.

Osiris, based in Columbia, Maryland, also produces BIO bone matrix for bone repair and Cartiform, an allograft for articular cartilage repair. Both products are currently distributed by third parties.

The deal is expected to close in the second quarter. Smith & Nephew expects the transaction to be accretive to its adjusted earnings per share beginning in 2020. The company said Osiris’ 360 employees are expected to join Smith & Nephew upon completion of the acquisition.

Smith & Nephew (NYSE:SNN) said today that it agreed to put $660 million on the table to acquire Osiris Therapeutics (NSDQ:OSIR) and its regenerative medicine portfolio.

The British orthopedics and wound care giant said the $19-per-share deal is a 37% premium on the 90-day volume-weighted average for OSIR shares. It’s structured as a two-step tender offer, Smith & Nephew said, with Osiris chairman & co-founder Peter Friedli agreeing to commit his 30% stake. The acquisition is slated to close during the second quarter, with the 360 people employed by Osiris joining S&N, that company said.

“Greater presence in the fast-growing regenerative medicine market enhances our portfolio and will help immediately accelerate our wound management business as well as provide longer term innovations in additional channels and indications. We sought out a fast growing portfolio with strong clinical evidence addressing critical needs in the marketplace,” CEO Namal Nawana said in prepared remarks.

“I am immensely proud of the business we have built from our research into advanced regenerative technologies. Smith & Nephew is the best new owner to take these products forward, widening access to more customers and restoring quality of life for more patients,” Friedli added.

Osiris put up sales of $102 million for the nine months ended Sept. 30, 2018 and $36.5 million during last year’s third quarter. Fourth-quarter and full-year results are on tap for March 15, Smith & Nephew said.

The cash-and-debt transaction is expected to add to S&N’s adjusted earnings per share starting next year, with return on invested capital topping the cost of capital three years after closing, the company said.