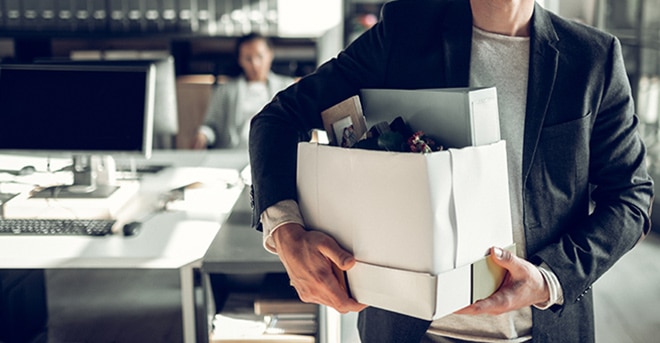 The Great Resignation Is Here, and It’s Real (Inc)

The Great Resignation, a term first coined in 2019 by Texas A&M’s Anthony Klotz to predict a mass, voluntary exodus from the workforce, is here, and it’s quite real.

According to the U.S. Department of Labor, during the months of April, May, and June 2021, a total of 11.5 million workers quit their jobs. Recent studies indicate that it’s likely not over. A survey of over 30,000 workers conducted by Microsoft found that 41 percent are considering quitting; that number jumps to 54 percent when Gen-Z is considered alone. Gallup found that 48 percent of employees are actively searching for new opportunities. And Persio reported that 38 percent of those they surveyed planned to make a change in the next six months.

These are alarming figures. The cost of any turnover is expensive. For any organization to lose even a third of its workforce would be downright devastating. The impact on small and medium enterprises, where finding departments of one is not unusual, will be especially severe. As with any potential crisis, addressing the situation is best achieved once one understands what is causing it.

The issues driving the Great Resignation, while multiple are mostly variations on a theme. According to a survey conducted by LinkedIn, 74 percent of those surveyed indicated that the time spent at home — either during shut-downs or working remotely — during the pandemic had caused them to rethink their current work situation. A great many — over half in several surveys — cite stress and burnout in their current position as a reason for looking elsewhere. Others point to dissatisfaction, and even fear, caused by knee-jerk cost-cutting actions by their current employer in response to Covid-19-related business slowdowns as a reason for bolting, with many finding fundamental unfairness in holds on promotions, frozen merit increases, and indiscriminate layoffs which impacted poor performers and stars equally, particularly as they watched executive leadership refuse to participate in the pain.

Still others made evaluations, both with heart and head, around the true economics of a two-income household, determining that the benefits no longer outweighed the costs. Some finally took the leap and started a dream business. Many have simply had it with being undervalued and unheard by toxic, narcissistic managers. Finally, fully a third stated concerns with their personal safety in having to return to an on-site position while the pandemic still rages. So, with all of this going on, what can a typical small enterprise do to stem the tide — particularly as larger, better-funded corporate competitors compete for the same, smaller talent pool?

In a word, care. The Great Resignation caught so many employers flat-footed because it ran contrary to everything traditional management thought they knew about labor markets. See, since forever, the conventional wisdom held that in downturns, the employer could get away with almost anything; employees needed work and so would be grateful merely to have a job — frills and niceties were 100 percent unnecessary. But the common thread that runs through virtually every motivation for the Great Resignation departures we are seeing is a decision to no longer accept the unacceptable.

Whether due to a fear for personal safety, a lack of fair treatment, having to deal with a horrible boss, or an inequitable work-life balance, those fleeing what might be viewed as perfectly good jobs are simply choosing to put themselves first for a change. Employers who beat them to the punch by taking steps to create environments where associates feel safe, valued, and more empowered to make their own scheduling choices stand a great chance of keeping these employees. And when I say environment, I’m not talking about bean bags and ping-pong tables.

A July 2021 Fast Company piece declared “The Era of Wacky Office Perks is Dead.” Associates are smart enough to recognize that toys and mini-fridges full of energy drinks are not a substitute for leaders who truly care about them and who work to make their lives better. Workers want transparency. They want to be trusted. They want employers who recognize that managing in a Zoom economy is different, and that their leaders need different skills and training. They want bosses who stop being skeptical whether they are actually working when they are at home. They want to be respected by leaders who get that remote work is not an invitation for micromanagement.

More importantly, workers simply want to be recognized; in fact, according to bonusly.com, 63 percent of those in a recent survey who said they are regularly recognized also said they are very unlikely to look for a new job. Workers want organizations that understand that hybrid work requires management to communicate more, not less. They want their boards and HR departments to finally awaken to the fact that narcissism is a malignancy and that bullies have no business managing other human beings.

The smartest business leaders today are taking the time to ask their associates regularly and formally what is and is not going well as they navigate this strange new world. They are doing so apart from normal engagement measurement efforts (which I recently wrote about here). Best-in-class leaders are not just asking for, but are taking action on, associate feedback. These employers are finding pain points for associates and getting them out of their way. Most associates are reasonable. Few expected that their leaders would have all the answers as this pandemic struck then dragged on. What they simply want, at a minimum though, is that their leaders take the time to honestly communicate about what is happening and to ask them for their input. Companies that take these simple steps and those listed above stand a far greater chance of keeping valued associates as the Great Resignation drags on. And that’s not the only silver lining.

As much as the Great Resignation has created significant disruption for many organizations, smart businesses should alternately view it as a tremendous opportunity. The market is being flooded right now with people looking for something better, people who have had enough of organizations that do not care. For smaller enterprises that take the time and energy to not only talk about being better but to actually prove that they are a better, more caring place to work, there is a great pool of talent waiting to beat a path to their door.

It’s all about caring.

It’s a simple choice. One that some 11.5 million people and counting are begging for more companies to make.