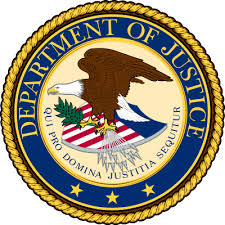 Arthrex Inc., a Florida-based medical device company, has agreed to resolve allegations that it violated the False Claims Act by paying kickbacks that caused the submission of false claims to the Medicare program.

According to the settlement, Arthrex Inc., which specializes in orthopedic products, has agreed to pay $16 million for allegedly paying kickbacks to a Colorado-based orthopedic surgeon. The settlement resolves allegations that Arthrex agreed to provide remuneration to the surgeon in the form of royalty payments purportedly for the surgeon’s contributions to Arthrex’s SutureBridge and SpeedBridge products when the remuneration was in fact intended to induce the surgeon’s use and recommendation of Arthrex’s products. The United States contended that Arthrex’s participation in this arrangement violated the Federal Anti-Kickback statute and, in turn, the False Claims Act by causing the submission of false or fraudulent Medicare claims.

“Paying bribes to physicians to distort their medical decision-making corrupts the health care system,” said Acting U.S. Attorney Nathaniel R. Mendell for the District of Massachusetts. “This settlement demonstrates our dedication to ensuring that taxpayers and patients get a health care system that is on the level. Kickbacks have no place anywhere in our health care system, and we will continue to identify and punish this illegal conduct.”

“Medical device manufacturers who engage in such kickback schemes undermine the integrity of federal health care programs,” said Special Agent in Charge Phillip M. Coyne of the Department of Health and Human Services Office of Inspector General (HHS-OIG). “Working closely with our law enforcement partners, our agency will continue to protect patients and taxpayers by holding accountable companies that engage in unlawful activities.”

In connection with the settlement, Arthrex entered into a five-year corporate integrity agreement with HHS-OIG, setting forth requirements for future compliance.

The resolution obtained in this matter was the result of a coordinated effort between the Civil Division’s Commercial Litigation Branch (Fraud Section); the U.S. Attorney’s Office for the District of Massachusetts; HHS-OIG; and the FBI.

The investigation and resolution of this matter illustrates the government’s emphasis on combating health care fraud. One of the most powerful tools in this effort is the False Claims Act. Tips and complaints from all sources about potential fraud, waste, abuse and mismanagement can be reported to the Department of Health and Human Services at 800-HHS-TIPS (800-447-8477).