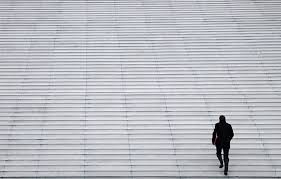 “Do you want to be rich or the perpetual king/queen?”  That’s a question an investor might ask a first-time founding CEO.  What they’re trying to determine is if the founder mostly cares about remaining the CEO all the way to an exit, versus doing whatever is best for the company to reach the best financial outcome for shareholders.

Why Can’t the Answer be “Both”?

It absolutely can.  And we can all quickly think of examples of big-name tech company CEO’s that started their startup while in college and led it all the way to IPO and billions in revenue.  But I’m guessing the odds are less than 1% that a founding CEO remains in the role all the way to a billion-dollar exit.

The odds certainly are different for a founding CEO that is fresh out of college versus one that has 10-15 years of business experience, but just never serving as the CEO.  There are lots and lots of things to learn and experience about business the first time, in order to be more effective subsequent times.  You might have heard the phrase “learn it, see it, do it, teach it”.  If you haven’t previously learned or seen something, it’s much harder to do it effectively the first time.

If the slope of the CEO’s line equals or exceeds that of the business complexity, seemingly everything is fine.  But if the lines ever cross, that’s when the board of directors and shareholders get serious about a CEO replacement.

Changing Complexities of a Business

The things that keep a CEO awake at night change quite dramatically from evolutionary stage to stage.  In the earliest days, that might relate to customer discovery and developing a minimum viable product (MVP).  Then it might relate to recruiting the early team members and securing seed funding.  That might be followed by a relentless pursuit of product-market fit and a repeatable customer acquisition strategy.

So far, we’ve only gotten into the early revenue generation stages.  Just imagine how many more things need to be put in place and optimized in order to reach $100M in annual revenue.  If you haven’t been in that movie, trust me when I say that a ton of new things and associated complexities are introduced along the way.

To better understand the key attributes and daily dealings of a company on such a path, I highly recommend reading my articles titled “Major Milestones Along the Path to $100M” and “Build a Company – Not Just a Product”.

The list below is just a short representative sample of things that could get really screwed up initially and potentially kill the company before there’s a chance to correct:

A first-time CEO might not know the questions to ask or alternatives to consider for items like the ones listed above.  If those risks aren’t somehow mitigated, the overall risk-reward profile for the business venture is jeopardized.

Going back to the graph with two lines, if the objective is to keep the first-time CEO in the role as long as possible, the potential solutions are ones that help maintain, or increase, the slope of the CEO’s line so that it never crosses the business complexity line.  Let’s explore a few such options.

The source of such education could be a simple as reading books.  A great one for CEO’s approaching or recently exceeding the 25-employee mark is “The CEO Tightrope” by my friend, mentor and former business colleague, Joel Trammell.  Also realize there is a difference in value to the CEO from books on management, strategy and leadership (like Joel’s book) versus ones that are function-specific.  A long-term CEO must become great at the former and only benefits slightly from the later.

Another source of education is professional development courses.  These are easy to find.  They can be as short as a half-day workshop and as long as an 18-month executive MBA curriculum, with plenty of options in between.

Most startups have advisors that help them in various ways.  But in the context of this article, I’m referring to advisors that go beyond functional gap-filling when the company is young.  Rather, they actually help the CEO grow and develop in their role.  We often refer to such an advisor as a CEO Coach.

Early-stage board directors sometimes serve as a developmental advisor to the CEO.  All of this means that CEO’s should think carefully about the desired value from people added to a formal advisory board and board of directors.

The CEO doesn’t need to become a badass ninja for each of the company’s various functional disciplines.  Joel Trammell once told me that he wasn’t qualified to run any of the company’s functions as a VP.  That’s because Joel had only ever been a serial founding CEO, and that’s the role he perfected.  He hired the most badass ninja executives for each of the key functions, and then applied his leadership skills to create a high-performing executive team.

This ties back to the previously-mentioned need for the CEO to focus mostly on developing their skills in the areas of leadership, decision-making, strategy, fundraising, board management, and core value/culture protection.  However, being surrounded by badass functional ninjas will inevitably impart valuable knowledge and experience to the CEO, over time.

Some people are naturally quick at learning new concepts and developing new skills.  Some are inherently curious about their personality, management style and strengths.  Some are coachable while others are cocky.

Personas and personalities matter, in terms of maintaining the maximum positive slope for the CEO growth line.  Much of that is baked into the CEO’s DNA and can’t realistically change.  This is why the most experienced investors and board directors have an ability to size up a CEO along multiple dimensions, not just the ones listed on their resume.

For more information on this topic, read my article titled “The 8 Personas of Successful Entrepreneurs”.

Great CEOs are amazingly aware of their capabilities and limitations.  They also commit themselves to the best interest of the company at various points in time and its ultimate vision.  If you have the same aspirations, periodically ask yourself questions like the ones that follow: