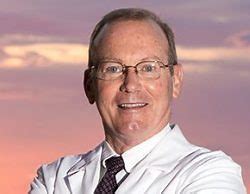 A Jacksonville native and prominent orthopedic surgeon, Dr. Richard David Heekin, is at the center of 348 lawsuits alleging “devastating injuries” to his patients at St. Vincent’s Riverside hospital from 2016 until his voluntary retirement in 2020, according to court documents.

The lawsuits, also filed against Heekin’s clinic and Ascension St. Vincent’s Riverside Hospital, claim that the hospital ignored complaints from staff members and patients that Heekin was experiencing symptoms from a progressive neurological disorder and harming his patients during surgery.

In addition, patients who filed 10 complaints have already been awarded over $6 million total in the Florida Division of Administrative Courts.

Ruptured tendons, broken femurs, dislocated bones, misplaced prosthetic knees and even a death during a routine hip surgery are a few of the allegations described in the lawsuits filed in a Jacksonville district courtroom against the orthopedic surgeon.

“SVMC (St. Vincent’s Medical Center) not only should have known, but in fact had actual knowledge of HEEKIN’S condition and his impairment, as several physicians, nurses and patients voiced their concerns to SVMC on numerous occasions,” the lawsuit reads. “Despite the overwhelming evidence and knowledge of HEEKIN’S condition, the danger he posed to his patients, and the harm being caused to his patients, SVMC continued to allow Heekin to perform surgery, re-credentialed and retained Heekin to schedule, coordinate and perform a high volume of surgeries and revision surgeries at SVMC.”

Lawyers for Heekin and his clinic did not immediately return a request for comment. Brent Allen, one of the lawyers representing St. Vincent’s, declined to comment.