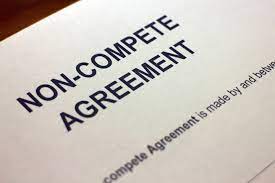 A sweeping proposal by the Federal Trade Commission would block companies from limiting their employees’ ability to work for a rival.

In a far-reaching move that could raise wages and increase competition among businesses, the Federal Trade Commission on Thursday unveiled a rule that would block companies from limiting their employees’ ability to work for a rival.

The proposed rule would ban provisions of labor contracts known as noncompete agreements, which prevent workers from leaving for a competitor or starting a competing business for months or years after their employment, often within a certain geographic area. The agreements have applied to workers as varied as sandwich makers, hairstylists, doctors and software engineers.

Studies show that noncompetes, which appear to directly affect roughly 20 percent to 45 percent of U.S. workers in the private sector, hold down pay because job switching is one of the more reliable ways of securing a raise. Many economists believe they help explain why pay for middle-income workers has stagnated in recent decades.

Other studies show that noncompetes protect established companies from start-ups, reducing competition within industries. The arrangements may also harm productivity by making it hard for companies to hire workers who best fit their needs.

The F.T.C. proposal is the latest in a series of aggressive and sometimes unorthodox moves to rein in the power of large companies under the agency’s chair, Lina Khan.

“These agreements block millions of retail workers, construction workers and other working folks from taking a better job, getting better pay and benefits, in the same field,” he said at a cabinet meeting.

A ban “ignores the fact that, when appropriately used, noncompete agreements are an important tool in fostering innovation,” Sean Heather, a senior vice president at the U.S. Chamber of Commerce, said in a statement.

At least one study has found that greater enforcement of noncompetes leads to an increase in job creation by start-ups, though some of its conclusions are at odds with other research.

Dr. Starr said that noncompetes did appear to encourage businesses to invest more in training, but that there was little evidence that most employees entered into them voluntarily or that they were able to bargain over them. One study found that only 10 percent of workers sought to bargain for concessions in return for signing a noncompete. About one-third became aware of the noncompete only after accepting a job offer.

Michael R. Strain, an economist at the American Enterprise Institute, said that while there were good reasons to scale back noncompetes for lower-wage workers, the rationale was less clear for better-paid workers with specialized knowledge or skills.

“If your job is to make minor tweaks to the formula for Coca-Cola and you’re one of 25 people on earth who knows the formula,” Dr. Strain said, speaking hypothetically, “it makes total sense that Coca-Cola might say, ‘We don’t want you to go work for Pepsi.’”

He said that it might be possible to satisfy an employer’s concerns with a less blunt tool, like a nondisclosure agreement, but that the evidence for this was lacking.

In a video call with reporters on Wednesday, Ms. Khan said she believed the F.T.C. had clear authority to issue the rule, noting that federal law empowers the agency to prohibit “unfair methods of competition.”